I started flying professionally at the age of 30 after attending college at Iowa Lakes Community College in Estherville, IA. My first job after college was Great Lakes Airlines where I stayed for several years. I was involved in training and pilot initial and recurrent training and checking.

During my tenure at GLA, I acquired type ratings in the BE-1900/BE-350 and EMB-120 aircraft. After several years, I left to fly for Reno Air which is now part of American Airlines. I flew MD-80 aircraft for about a year and a half before being hired by Airborne Express flying DC-8 and DC-9 aircraft.

In 2001 I was hired by United Airlines. However, due to 9/11, my employment was somewhat short and I found myself on furlough after 6 months. Fortunately I had been a long term member of the Iowa Army National Guard. When I was furloughed in 2001, I went on active duty, serving at the State Headquarters at Camp Dodge in Johnston, IA, remaining there for several years.

I retired from the Army National Guard with 26 years of service, for which I’m grateful. During my time with the Iowa ARNG, I completed two overseas tours to Kosovo and Iraq and am extremely proud to have had the privilege to serve my country.

I was hired by the Federal Aviation Administration (FAA) as a General Aviation Safety Inspector located in Des Moines, IA in 2010, and remained there until I returned to United Airlines. I have type ratings in the Boeing 737, 757, and 767 aircraft and flew those airframes while employed there.

The last several years I primarily flew overseas, mainly to London. I recently retired and now focus on DPE work as well as other ventures. Aviation has always been my passion, and I’m grateful I can continue to work in this field and to meet some of the finest people in the world.

It is my intent to provide the most stress-free environment possible in order to enhance the applicants ability to do the best job they can. My intent is to also provide a fair, objective evaluation to all applicants to the best of my ability, and leave the applicant with a positive, favorable impression of myself, the testing process, and the Federal Aviation Administration. 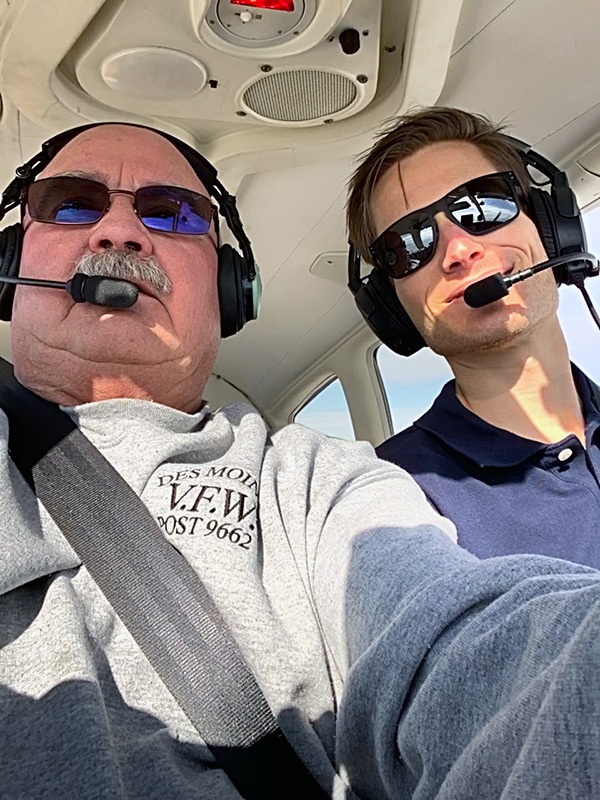